Pamela Hylton, Vice Chair :Pamela enjoyed a 22 year teaching career at San Jose State University in the Communication Department.  She also mentored at-risk students for 15 of those years, had her own communication consulting business, coached Silicon Valley execs in both speech writing and presentation, and was the debate coach for local high schools.  In the evenings she led an exercise class for senior citizens.  After retirement she and her husband, Cal, moved to Grand Ronde and she took up quilting.  In 2016 she and her quilt group, the Coastal Hills Quilters, moved to the Campus.  She wanted to teach students how to quilt and the group started classes two years ago.  Now her goal is to teach quilting, sewing and life-skills to high school students at the campus during the summer months.   When she isn’t working at the campus, she is playing with her standard poodle, Jett, and taking care of her log home on 12 acres.

Dennis Werth, Secretary : Dennis became a WVCC board member in early 2014 and soon after assumed the role of acting Secretary.  He became Board Secretary in 2015.  Dennis is a long-time resident of the West Valley and grew up in this area.  He is a member of the Oregon Small Woodlands Association with certified forest lands and has been a Master Woodlands Manager for over 10 years.  For over 40 years, Dennis has served on boards and committees at regional, state and local levels.  Since largely retired, he has been an archaeologist and has advanced degrees in that discipline and Resource Management and Museum Studies.    With a degree in Education, he has been a strong supporter of all things concerned with education, arts and culture in his community.

Charlyn Pranger, Treasurer : Charlyn was born, raised, and worked in Southern California until coming to Willamina in 2005.  There, she and her husband enjoyed bucolic living on the creek with goats, chickens, dogs, cats, and the seasonal appearance of migrating Canadian Geese.  She has been involved with the Campus since 2010, becoming Board Treasurer in 2013.  She has celebrated the progress and weathered the set backs.  She assisted in obtaining the 501(c)3 determination, the transfer of ownership, program development and implementation, zoning changes, fundraising, and more.

Recca Maze, Board Member Recca joined the Board in 2014 after having lived, worked, and volunteered in the West Valley since 1983. A Pennsylvanian by birth and an Oregonian by migration, she is handy with tools, ladders, books, guitars, and spontaneous conversation. She likes to read footnotes, listen to the radio, and watch trees and buildings grow in the rain. She is committed to assisting with the development and renovation of the Campus’s commercial kitchen and public meeting areas. Recca respects the work of the West Valley’s gardeners and builders, artisans and audiences, mechanics and musicians, cooks and eaters, tinkerers and storytellers, players of games, and all generous sharers of skills, she therefore envisions the WVCC as a thriving crossroads where children, youth and adults can congregate and cooperate to strengthen our community’s soul.

Cris Darr, Board Member : Cris retired from B. Dalton Bookseller after 20 years working as a store manager. She retrained to become a veterinary technician working for a local veterinarian until his retirement. As an avid quilter and member of the Coastal Hills Quilters she has become involved with the Coastal Hills Art Tour and has been co-coordinator of the tour for the last several years. She became involved with West Valley Community Campus first as a volunteer and then a Board member. Having lived for 44 years on a farm outside Willamina, she enjoys her animals, gardening and even the constant chores. She has come to see the great need for and potential the WVCC can provide the west valley communities as a meeting place, arts center and educational venue. 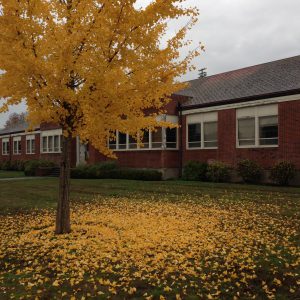 We’re Hiring for an Executive Director!

Are you, or someone you know ready to lead us in to the next phase of our growth?